Residents of Okinni community in Egbedore Local Government area of Osun State were thrown into panic on Tuesday morning as they found remains of a dead body in the area.

According to sources, the body of the man was from Ilobu community in Irepodun Local Government and was seen near the drainage at Okinni junction early Tuesday morning.

A community leader, Mr. Seun said that it looks like the deceased sustained injuries on his body.

No security agent was present at the area when our correspondent visited the scene as residents and passers-by were seen taking glance at the corpse.

Speaking with the Police Public Relations Officer, SP Yemisi Opalola in a telephone interview, confirmed the incident to our correspondent, stating that the investigation has commenced immediately. 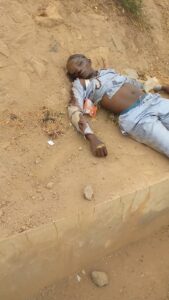 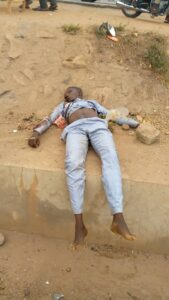 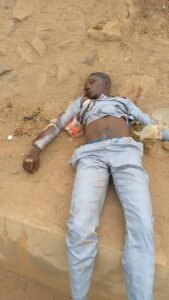