Apostle Peter Tom Udofia, the General Overseer of the Way of Salvation Church of Jesus Christ, in Calabar, has been called out after he got married to a much younger church member who is allegedly 18 years old.

One month after the wedding, people began claiming the girl is just 18 and she was a chorister in his church when he married her.

This generated criticisms from people.

Others also called him out for marrying again despite having a wife. 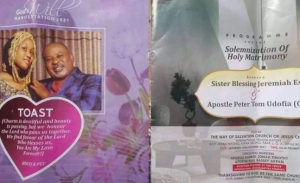 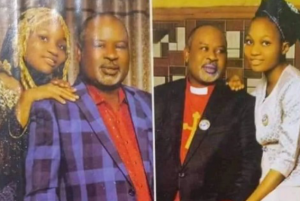 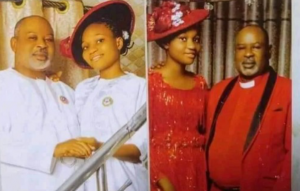 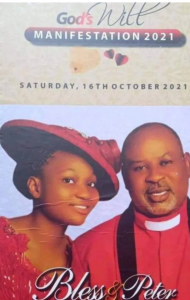 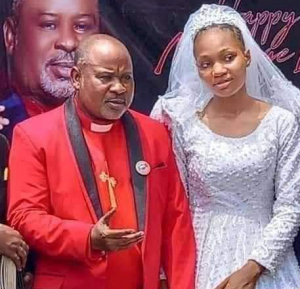 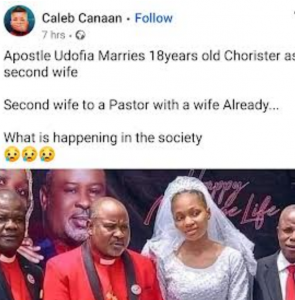 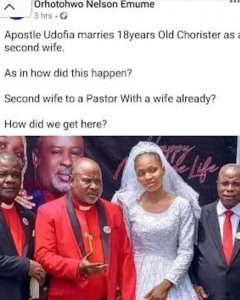 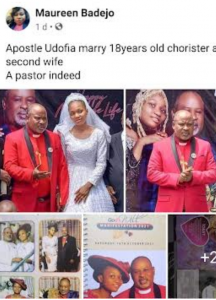 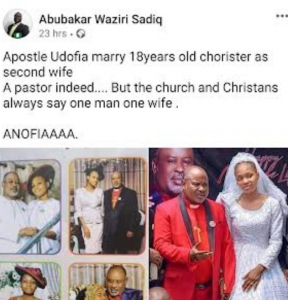