A West Bromwich Albion fan found guilty of racially abusing one of his own team’s players on Facebook has been jailed for eight weeks.

This followed his team’s 5-0 defeat to Manchester City at the Hawthorns on Jan. 26.

The 50-year-old denied the offence, telling police his message on the group was “stupid not racial” and claiming auto-correct had changed the word “buffoon” to “baboon.”

Silwood, who has been banned for life by West Brom, was convicted in August at Walsall Magistrates’ Court.

This was after District Judge Briony Clarke ruled he was “not a credible witness” and had meant the post to be offensive.

The court heard that Sawyers, who is currently on loan at Stoke City and was reporting a separate alleged racist social media post when he was shown Silwood’s message.

He was left feeling “harassed, alarmed and distressed” after reading it.

READ ALSO: Inside Italian farms where Nigerian migrants, others are dehumanised

In a statement provided to the court, Sawyers said: “On Jan. 29, I attended the Hawthorns to provide a statement to the police regarding a separate incident where I was racially abused on Instagram.

“I was made aware of another incident regarding the colour of my skin.

“I knew what I was about to look at was going to be of an abusive nature.

“As I read it, I felt numb and did not know what to say. Having seen the word baboon I assumed it was referring to the colour of my skin.

“The word has left me feeling harassed, alarmed and distressed, and I find the message to be racist based on the colour of my skin.

“I find it difficult to believe that in 2021 there are still people out in society who believe it is acceptable to behave like this.”(dpa/NAN) 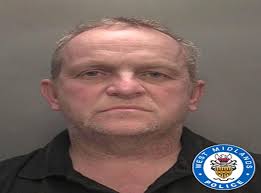