President Muhammadu Buhari is currently presiding over the continuation of a security meeting at the Presidential Villa, Abuja.

AMILOADED gathered through The Nation that the meeting, which was summoned by Buhari last Friday, was adjourned to Tuesday

Those at the meeting are Vice President Yemi Osinbajo; Secretary to the Government of the Federation, Boss Mustapha and Chief of Staff to the President, Professor Ibrahim Gambari.

The acting Inspector General of Police, IGP, Usman Baba is also in attendance. 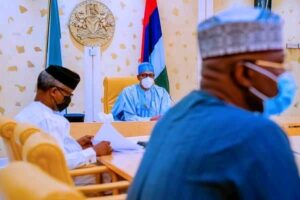 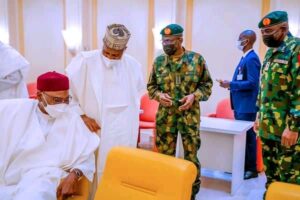 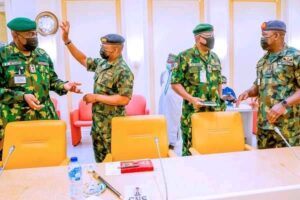 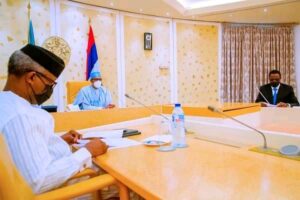 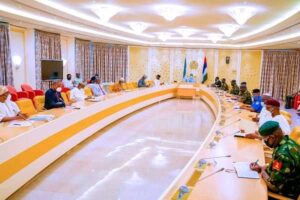 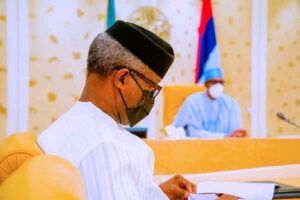