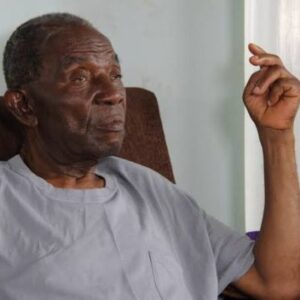 AMILOADED gathered that the musician died on Saturday morning after he was rushed to Wesley Guild Hospital in Ilesa, Osun State where he died.

A top musician, Orlando Julius and his wife, Latoya Aduke based at Ijebu- Ijesha as well and close associate to Pa Ajilo, confirmed that he was hale and hearty when they visited Ajilo on Thursday.

“It is a painful loss to us. I took Orlando to see him on Thursday at his house. Pa was so happy,” Latoya said.

Ajilo is the last of a generation of veterans like Victor Olaiya, Bobby Benson and others that formed the Nigerian Union of Musicians, the first guild for musicians.

The veteran musician is one of the pioneers of highlife musician in Nigeria, ruled the airwaves in the 50s to 80s, and was also involved in music production and arrangement with Polygram Records for many years.