The Stingy Men Association of Nigeria (SMAN) gathered momentum online when the ‘Dorobucci crooner’, Don Jazzy, joined the Association as the ‘Head of Union’.

SMAN is created by Nigerian men to catch ‘cruise’ online.

The Stingy Men Association began in Zambia as a social media trend where Zambian men pledged not to pass K5 Zambian currency on their girlfriends but rather invest and earn from it.

According to the Zambian Observer, Mr Loenard Mweembe was reportedly arrested for assault after beating up his wife because she asked him for money to make her hair.

Mrs Mweembe, the wife to the suspect, asked her husband money for her hair a week ago but the husband kept replying he is now a member of SMAZ and can’t afford to give her a K150 but rather a K10.

“It started like a joke,” explained the injured wife who was later rushed to Ndola Teaching Hospital.

In November 2020, the Zambian Observer reported that the Stingy Men Association Of Zambia (SMAZ) reportedly bought 800 capacity seater aircraft to convene its members to any occasion.

The funds were reportedly gotten from the savings of the members.

Unlike the ‘Sweet Boys Association’, which trended in 2018, and was used to describe a prestigious league of well-mannered and ambitious gentlemen, SMAN is basically meant for men who are unwilling to spend money on not necessarily women alone, but anyone who seeks their financial help.

Since it began to trend online, many Nigerian men have shown their interest in the association, with many sharing their identity cards and others asking how they can become members.

Judging from their motto which reads: “Let Me See What I Can Do”, men belonging to the association will always give excuses whenever someone, especially a woman asked them for financial support.

Asides the association’s Motto, below are some excuses members are expected to give any female who demands for cash from them:

2. “I am expecting some money next week.”

4. “I will let you know”, or any other excuses to avoid billing.

How to join SMAN

To join the Association, you are expected to fill a form and must be able to take the association’s oath which reads:

Rules of the association

Members are also expected to abide by the following rules:

1. No dates, no birthday showers, no baby showers.

3. If she ask you for money or urgent 2k, block her and delete her number.

4. Don’t ever send her transport money or airtime, you are not her father.

5. A stinger should fake a call to rush somewhere if she brings her friend during a date or shopping.

6. Don’t offer to pick up your dates let her trek or take a bus.

Don Jazzy bounced on the trend 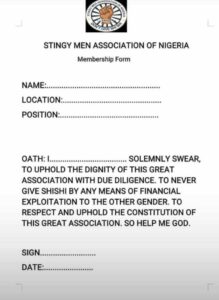 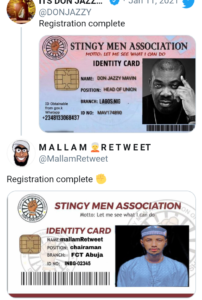 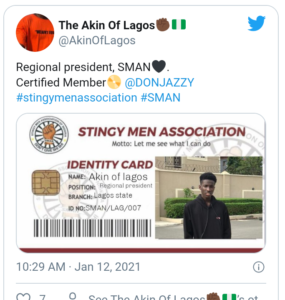 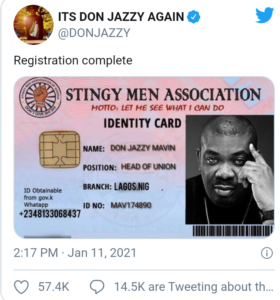 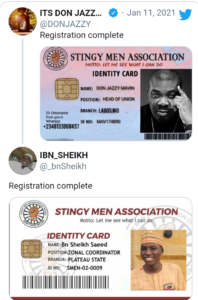 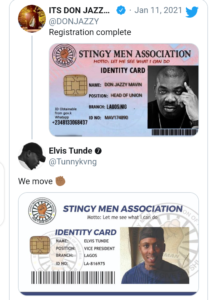