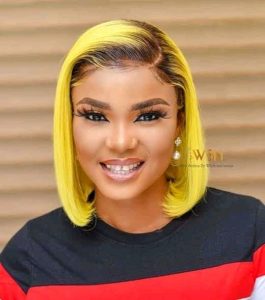 Nollywood star Iyabo Ojo has ruled out getting married again.

The actress made this known in one of the episodes of the newly launched reality TV show, Real Housewives of Lagos.

The mother of two, during the show’s confessional, declared that she doesn’t see herself getting married again.

The ‘Arinzo’ actress revealed that though she has someone she’s seeing at the moment, she’s not willing to open up on the person’s identity until she decides to exchange marital vows with the person. She went further to point out her disbelief in giving marriage a try after the crash of her first marriage.

However, the 44-year-old actress and producer urged her daughter to start looking at getting married before 25.

The actress told her 22-year-old daughter Priscilla that she looks forward to her getting married before the age of 25 so that she can start seeing her grandchildren early in life.

Ms Ojo also stressed that she believes in early marriage and would support her daughter to exchange marital vows before the age of 25. The actress probed her daughter about her man but the shy Priscilla evaded the question telling her mum that he’s fine and they are good.