Alaafin of Oyo, Oba Lamidi Adeyemi, has finally replaced Queen Anu, who walked out of her marriage with the monarch last year.

According to the Anu, she left the marriage to be “free” from “bondage.”

However, the first-class monarch has found another love in the eyes and heart of the lady called Chioma.

The monarch and the beautiful lady were spotted at the installation of Real Estate Giant, Chief Tomori Williams as the Aare Onikoyi of Yorubaland.

Though many didn’t know who she was as her face wasn’t one of the regular young Oloris at the palace. The situation, however, became clearer after popular Fuji musician Wasiu Ayinde heaped praises on the monarch and mentioned Olori Chioma Adeyemi.

Further investigation revealed that the respected monarch, Oba Lamidi Adeyemi got married to the new Queen last year. Though she is yet to embark on a 9-month course.

However, Chioma will be the first Eastern girl that would join the train of Queens in Alaafin’s Palace.

However, Alaafin, in an interview months ago, revealed how he married all his wives.

He “I did not propose to any of my wives. They desired to be with me because I sent them to school. After their university education, I told them to leave but they refused and insisted on staying with me here in the palace as my wives. The least educated of them has a Higher National Diploma and is now in the University. I don’t begrudge or offend women. Marriage is an institution that must be defended.”

“Each partner has a role to play in the marriage. My wives have their individual quarters. God has given me some type of ability and grace to keep a woman, especially beautiful women. I don’t disclose my conversations or activities with one wife to another”

“I maintain a strict code of confidentiality. I have learned that I must positively make an impact on people and make a great first impression. Of course, they (wives) sometimes have disagreements and conflicts of opinion but I have been ‘graced’ by God to know how to ensure that the conflicts don’t escalate,” said Alaafin of Oyo. 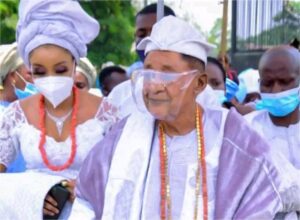 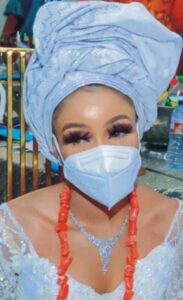