The Anambra State Resident Electoral Commissioner, REC, Nwachukwu Orji has decried the distruption of process in the governorship election in some local government areas of the state where he claimed election materials were “snatched and destroyed by community members” for undisclosed reason.

Mr. Orji divulged the information during a brief with Channels TV on Saturday.

According to him, “Part of the report we got regarding our deployment in different polling units — we were not able to finish deployment in some polling units because of several reasons. One of the reasons is, we were prevented by community members in some local government areas from deploying.

“So, we have some resistance in these places. While election materials were snatched and destroyed in some other places. Example is Oba 1 & 2 wards, RAs, Idemili South LGA where materials up to 57 polling units were snatched.” 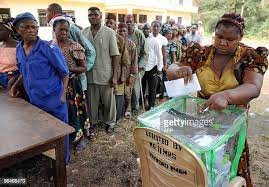