The President, Major General Muhammadu Buhari (retd.), has received the Deputy Governor of Anambra State, Dr. Nkem Okeke, at the State House in Abuja on Wednesday.

This is happening ahead of the November 6 governorship election in Anambra State.

It had earlier reported that Okeke’s principal, Governor Willie Obiano of Anambra State had last week paid a visit to President Buhari.

During the visit, Obiano reported the Attorney-General of the Federation and Minister of Justice, Abubakar Malami (SAN), to the President over the minister’s pronouncement that the Federal Government might declare a State of Emergency in Anambra to ensure that the November 6 governorship election in the state takes place.

After the meeting, Obiano revealed that Buhari is opposed to emergency rule in the state, adding that the President frowned at any form of intimidation ahead of the November 6 poll. 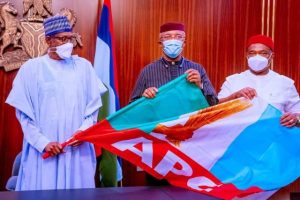 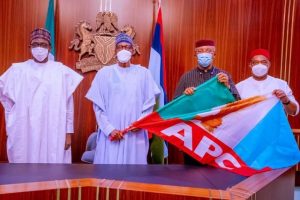 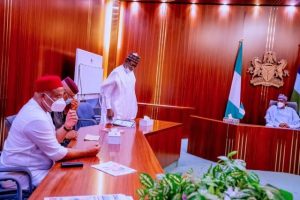 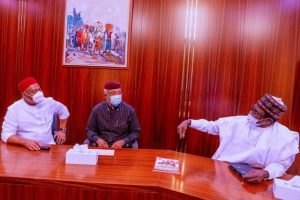