The Osun State Police Command, on Wednesday, said it had commenced investigation into the reported suicide by a 200-level student of the Obafemi Awolowo University, Ile-Ife, Emmanuel Adedeji.

Emmanuel of the Department of Management and Accounting died on Tuesday after he allegedly consumed a poisonous substance.

The deceased was said to have left a suicide note before he consumed the substance.

The spokesperson for the command, Yemisi Opalola, told PUNCH Metro that immediately the case was reported, the command swung into action to unravel the mystery behind the student’s death.

Opalola said, “Investigation is ongoing to ascertain the reason behind the suicide.

“The command was informed of the death of the 22-year-old Emmanuel Adedeji, a student of the Department of Accounting, OAU, who allegedly committed suicide by drinking a poisonous substance.” 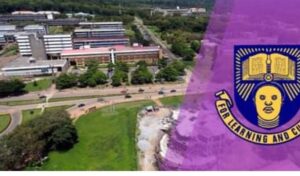