…Governor Matawalle expresses sadness, describes incidents as unfortunate
NO fewer than 83 persons are feared killed following attacks by suspected bandits on some villages in Zamfara State.

It was gathered that the attacks left hundreds of others, including women and children with various degrees of injuries. Reports on the attacks were given by displaced people, officials, and residents of the affected communities.

Most of the attacks, which appeared coordinated, happened on Wednesday in Gusau, Maradun, and Bakura local government areas of the troubled North West state.

The sole administrator of Bakura local government, Aminu Suleiman, told reporters that over 30 people were killed in attacks in Bakura and Maradun. He, however, said the deaths were recorded over days of reprisal attacks between members of outlawed vigilante groups and bandits.

In Magami district, residents yesterday said they had recovered 53 corpses. They said the attackers moved from village to village, unleashing mayhem, unchallenged. There was tension in the area over fears that the gunmen would return to disrupt the burial of those killed. Residents said many of those killed were vigilantes who tried to defend their villages against the bandits.

According to them, the assailants were armed with sophisticated weapons and raided the villages on motorbikes. They said most of the villages had earlier been deserted following incessant attacks, but that some villagers were returning for the farming season. The affected communities include Gobirawa, Gora, Rini, and Madoti Dankule of Maradun and Bakura local government areas.

In the Magami district of Gusau Local Government Area, the affected communities include Yar Doka, Kango, Ruwan Dawa, Madaba, Arzikin Da and Mairairai, the closest of which is seven kilometres from Gusau town. Residents said hostilities persist in the state due to the absence of security agents in the most affected areas. They said this has encouraged extrajudicial killings and reprisal attacks between vigilante members and bandits.

Reacting to the killings, the state government condemned the attacks in Maradun and Bakura, Commissioner for Information, Ibrahim Dosara, in a statement, said Governor Bello Matawalle was saddened by the unfortunate incidents.

“The government also condoled with the families of those who lost their lives in the sad event and is taking every necessary step to ensure that the culprits are brought to book,” Mr Dosara said. 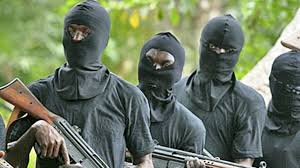