Kenyan musician, Philip Ptaroba Okoyo, popularly known as Japesa, has bought himself a coffin in anticipation of his funeral, IgbereTV reports.

Taking to his Instagram handle on Saturday, March 27, the flamboyant rap artiste shared a photo of himself posing with the casket and said that he didn’t want his fans to struggle with funeral expenses.

“Bought myself a coffin, just in case nikufe msisumbuliwe na till number” 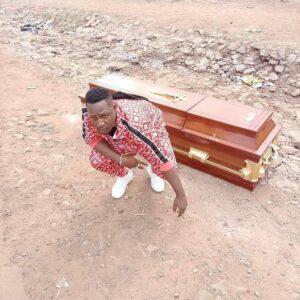 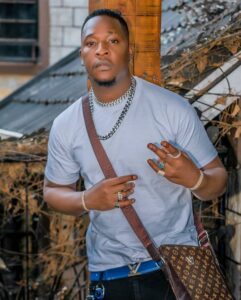