SOME elders from the South West zone have advised governors in the zone to make use of drones for aerial surveillance to check rising inter-ethnic in the affected states.

This advice was given the the elders, Majeobaje movement after the end of an emergency zoom meeting to discussseries of interethnic clashes in South-West.

In a communique jointly signed by Akintayo Akin-Deko and Yomi Layinka who are convener and Team leader, Publicity and Sensitization respectively, the elder also called on the governors to give more support to the Western Nigeria Security Network codenamed Amotekun in their various states.

“While our SW governors have improved in handling of security matters, a lot more still needs to be done especially by way of more support for and urgent capacity development for Amotekun.

For example, their herculean task would be significantly facilitated by the urgent deployment of drones for aerial surveillance across the forest reserves and highways of the SW states”.

They commiserated with the victims of the recent crisis at Shasha market urging, “the SW Governors to widen their State Security Committees to include more traditional rulers and local vigilante groups (e.g. Agbekoya, etc.).

“We thus expect these northern friends to demonstrate that difference by proactively helping security agencies to, regardless of kinship, identify the criminals and bandits that may be hiding amongst them”.

They asked for the immediate de-escalation of ethnic rumblings by all sides and a stop to the encouragement of the use of violence to settle scores.

“We particularly welcome the effort of concerned members of the northern elite to dissociate their people from the heinous activities of the foreign army of AK47-wielding, hardened criminals

who have been going about maiming, raping and killing innocents souls throughout the zone”.

“Notwithstanding, the provocations and pains, we urge people in the region not to seek revenge but to continue to report complaints and suspicious activities to security agencies and/or to their traditional rulers.”

“This is not only because it is the lawful thing to do but also because we must be mindful to avoid ethnic profiling and its extremely negative consequences.

“We call on all northern and southern leaders, especially the elected representatives, to work to help pull the nation back from the brink by initiating peace meetings and by boldly speaking in support of fairness and the rule of law for all citizens without fear or favour,” they noted. 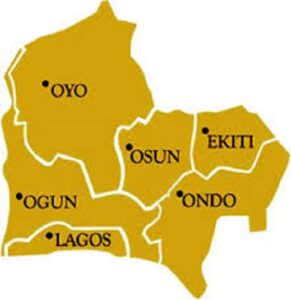