Nigeria now has 54 cases of the United Kingdom’s (UK) variant of the COVID-19 virus, Director General of the Nigeria Centre for Disease Control (NCDC) Dr. Chikwe Ihekweazu said on Monday.

Speaking during the briefing of the Presidential Task Force (PTF) on COVID-19 in Abuja, Ihekweazu said: “Concerning the updates on the variants of concern, at the moment, last week, the update so far is that we have had 54 cases of the b117 variant – the variants of concern first detected in the United Kingdom, which is now the dominant strain; almost 100 per cent of the circulating strain in the UK are made up of these variants.

“We found 54 of them between November and February – that is a significant number out of those we have sequenced. We have sequenced about 400 altogether since the beginning of the outbreak. We continue to watch that strain and understand how much it is circulating in Nigeria.

“There were reports on a new strain b1525, which we began to detect in Nigeria and a few other countries. It is important to note that this variant has not been classified as a variant of concern. Researchers and scientists are still working hard to understand if this variant has any impact on transmissibility, severity, immunity, diagnostics of vaccines or therapeutics, but we haven’t found any yet,” he added.

The NCDC DG added that 80 to 90 per cent of residents in Lagos, Enugu, Nasarawa, and Gombe states are still susceptible to the COVID-19 virus, according to the recent COVID-19 Household Seroprevalence Surveys carried out by the NCDC and the Nigerian Institute of Medical Research (NIMR).

He noted that results of the survey also showed that there are higher rates of infection in urban areas compared to rural settlements, with persons aged 18-64 years being more infected.
He, therefore, stated that 100,000 representative samples will be sent weekly to the Africa Centre for Excellence in Genomics in Ede for sequencing, even as it continues to improve the country’s sequencing capacity.

“Concerning the COVID-19 household prevalence survey just completed, between September and October 2020, a household seroprevalence for covid-19 was carried out in four states in Nigeria – Lagos, Nasarawa, Gombe and Enugu states.

“Following up on our epidemiological analysis, we now have the results, which we will include in shaping public health response. We tested representative samples for SARS-CoV-2 antibodies so we can identify people who have been infected but not detected by the national surveillance system because if you are asymptomatic, many people are unlikely to come forward for testing.

“The findings for this survey showed that the highest estimated prevalence of SARS-CoV-2 antibodies in the population were 23 per cent in Lagos and Enugu States, 19 per cent in Nasarawa State, and nine per cent in Gombe State. This means that as many as 1 in 5 individuals in Lagos, Enugu and Nasarawa State would have ever been infected with SARS-CoV-2. In Gombe, the proportion is about 1 in 10.

“We are still working to have a better understanding of the SAR-COV-2 and the duration of the immunity that it offers. There is a possibility that immunity wanes over time and antibodies may not have been detected in people that were infected earlier in the outbreak 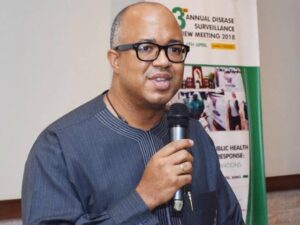