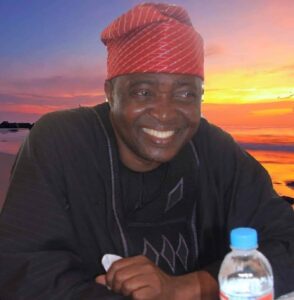 The Speaker, State of Osun House of Assembly RT. Hon Timothy Owoeye has described the death of Senator Adebayo Salami as a big blow to the progressive family in Osun and Nigeria.

Owoeye in a statement by his Chief Press Secretary, Kunle Alabi to commiserate with the people of Osogbo stated that the death of the politician would definitely leave a temporary vacuum for the All Progressives Congress (APC) in Osogbo federal constituency.

Senator Adebayo Salami was elected Senator for the Osun Central constituency of Osun at the start of Nigerian fourth Republic, running on the Alliance for Democracy (AD) platform in 1999.

He stated that Senator Salami’s wise counsels will be sorely missed by the people and government of the state as he regularly and willingly listened to leaders and always had good advice to move the progressive family forward in the state of Osun.

Owoeye also described the late Senator as strong campaigner of progressive ideologies aimed at promoting a society that will make life meaningful for the masses.

The Speaker admonished that supporters and people of the state should take solace in the admonition of the scriptures that held that God is sovereign over life and death, “God holds the power of life and death in each one of us. It is appointed unto man once to die but after this judgement”.

“The death of Senator Salami is a big loss to Osogbo, the State of Osun as well as the entire progressive family. Salami’s contributions to the growth of Osogbo and Osun will be missed.

“Baba Salami’s death is sudden and shocking but with submission to the will of God which can not be questioned by we mortals.

“I commiserate with the Salami family, Osun Central senatorial district and Osun at large. I pray that God Almighty will receive the soul of the departed leader and comfort his family”. The Speaker stated.