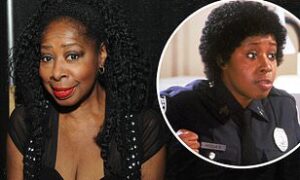 The American actress and singer died in Los Angeles at the age of 73.bShe was best known for her role as a soft-spoken Officer Laverne Hooks in the movie, Police Academy.

She died on January 7, 2021, after a short illness. Her death was revealed by her manager, Roger Paul but the cause of her death wasn’t revealed.
Paul in his statement said,“Marion carried with her kindness and permeating light that instantly filled a room upon her arrival. The dimming of her light is already felt by those who knew her well. We will miss her, and always love her,”

Apart from being an actress,Ramsey was also a singer and songwriter who composer songs for Haras Fyre and Gary Glitter.

She is survived by three brothers.