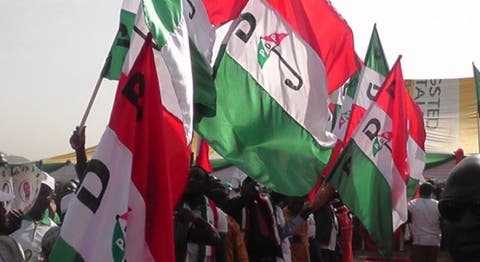 Peter Dada, Akure
No fewer than 3,000 members of the ruling All Progressives Congress in Ondo State on Tuesday defected to the Peoples Democratic Party.
Similarly, about 2,000 members of the newly formed Zenith Labour Party in the state have also decamped to the PDP. The event took place at the PDP secretariat in Idanre town in Idanre Local Government Area of the state.
The leader of the defectors from the APC, who is also the party leader in the Idanre Local Government, Mr. Lanre Olurakinse, said the APC in the state was being run like an occultic group.
He said he and other defectors decided to leave the APC because the party had not made any meaningful impact on the lives of the people of the state.
He said, “The APC lacks internal democracy, that is why they are factionalised. Since they came to power they have not integrated many members of the party, they are operating the party like an occultic group. We can’t stay in such a party any longer.
“Also, they have brought more hunger and hardship to the state, all the projects left by the previous administration had been abandoned. The party has lost its popularity in the state. We have to look for a better alternative. ”
Welcoming the defectors to the party, the PDP chairman in the state, Mr. Clement Faboyede, who was represented by the PDP chairman in Idanre LGA,  Mr. Bolu Ogunmolu, said the umbrella of the PDP was wide enough to accommodate more defectors.
Share on Social Media
twitterfacebookemail